I met this pretty nice looking chick on Tinder the other day. After a pretty great weekend in Auckland at the NRL Nines I got back to the reality of work in Tauranga on Monday. After struggling through the morning trying to work through a vicious hangover I jumped on the Tinder dating app on my iPhone. After what seemed like at least a hundred swipes to the left, I stumbled upon a girl that looked ok. I was almost going to swipe left for no thanks, then suddenly I read in her bio that she liked watching Wrestling!!!!! Holy fuck my dream girl I thought.

I waited and waited for a notification to see if she liked me back. Within an hour Tinder notified me I had a match – and it was her! Too sweet!!! We started chatting and I brought up liking wrestling, which to her excitement and to my shock, she invited me over to her place to have a night of watching wrestling DVD’s. A dream come true I thought! I asked if she wanted me to bring any DVD’s but she said she had heaps for us to watch.

I got myself ready and laid all my wrestling t-shirts I had brought from prowrestlingtees.com out on my bed trying to figure out which to wear. I settled on my bullet club t-shirt my friend Bad Luck Fale had given me. I pulled up to her house and I was greeted warmly “do you like my shirt?” I asked, “yeah its cool, is it a rock band?” she questioned. GREAT! She didn’t know who the Bullet Club was – what type of wrestling fan was she!? We sat and talked for a while, I asked her who her favourite wrestler was and she said with excitement in her voice “John Cena” ohhhh fuck god no I thought! The man of a whopping 10 moves, seen one match seen them bloody all ughhh. “Oh cool” I said with a depressed look on my face. “Who are yours” she fired back at me. Each name I rattled off she had no idea who the hell they were. I tried to change subjects and asked what DVD’s she had for us to watch. She ran over to the TV and just when I thought this night couldn’t get any worse she pulled out the fucking John Cena Experience, a three disc DVD set of doom! “Have you got anything else” I pleaded but she insisted she really wanted to watch the doctor of thugonomics. So for two and a half hours we watched John Cena wrestle the same fucking match but with different oponents and slighty different jorts. I kept trying to kiss her but she was glued to this crap, eventually she caved in to my advances and we began to make out. It started to get hot and heavy and I went to turn the TV off but she wanted it left on. So while we got down to business we have John fucking Cena in the background cutting a god awful promo. Let me tell you it was EXTREMELY hard to get in the groove while that crap was on in the background. After we were all done the disc had finally gone back to the menu, we got changed and I told her I had an early start so she released me. As I bid her goodnight I wished her well in her future endeavours to which she said “we will have to do this again real soon, I will buy John Cenas Greatest Rivalries for us to watch” FUCK THAT I thought I would rather watch Eva Marie best of dvd!!! 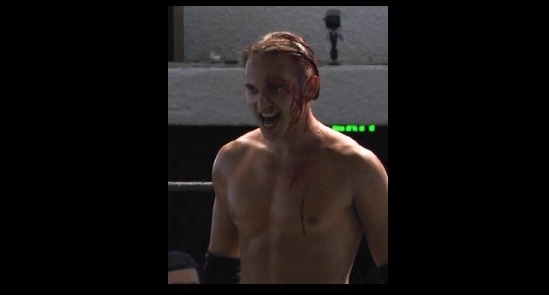 It was half way through 2012 and I had just broken up with my girlfriend.  She had thrown all my stuff onto the front lawn because she had snooped onto my Facebook and seen I had been talking to a a girl – even though the girl I was talking to was my cousin in regards to my grandma’s funeral.  I tried to explain it to her, but did she believe me though? No. Her mum rang me while I was out fishing saying “um you better come home, Jess is throwing all ya gear out on the grass”. Not my playboy magazines I thought!

Everything started falling apart for me around this time. My Grandma who I was extremely close to passed, my girlfriend broke up with me and then I had transferred rugby league clubs. I struggled to fit in at the new club. These things happened all at the same time give or take a week or two. I started to get depressed badly, I could hardly eat, I wasn’t looking forward to anything and I was now living on my own so I became I recluse for a while.

Waking up in the morning I felt like just hiding in bed, not wanting to face anyone. I lost interest in all things I enjoyed like chasing woman and going to the gym. Nothing seemed to be able to fix me. That was until a package came in the mail I had ordered from the USA a month back. It was a whole bunch of wrestling dvd’s I had ordered off a website. I’ve been a big time wrestling fan since I was young.  I got the package, normally I would tear it open and begin watching but being in the state I was in I just didn’t feel like it.

Eventually I decided to open the package; I had brought a new dvd from a company I had not heard of. The Company was called Pro Wrestling Guerrilla and the event I had brought was called Threemendous 3. I began to watch it and every match I watched just kept getting better and the more entertained I was. I started to forget about my worries and was fully immersed into what I was watching.

Then came the main event it was a tag team ladder match. One of the teams in this was called the Young Bucks, Nick and Matt Jackson. They were these two cocky brothers in their mid-twenties. They were so charismatic and sure of themselves; I immediately started rooting for them to win. They reminded me a lot of myself before all this stuff had started happening to me. The ladder match was awesome; it was probably my all-time favourite match with so many amazing and unbelievable moments throughout. One being when Nick jumped off the ladder bounced off the top rope, flipped and landed on his opponent on the floor.  At the end of the dvd I had stopped worrying so much about my problems and wanted more of what I had seen!

I finally got through my depression thanks to wrestling and the Young Bucks, I began to make good mates in my new rugby team and soon began to get back on the dating scene again, everything was perfect!