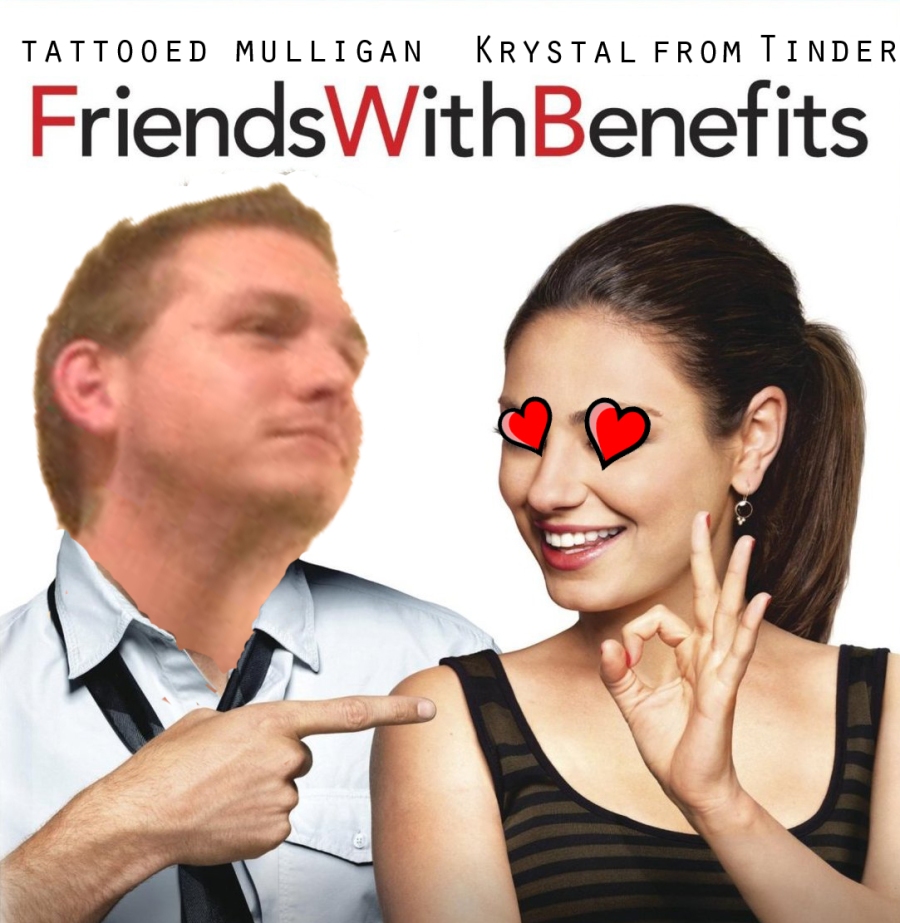 Guy meets girl, they have fun nothing serious just pure adult fun – no strings attached. As simple as that sounds and to most young guys that sounds like a fucking dream situation to be in, it sadly isn’t. Girls have feelings and as much as they can agree with you that its just fun, nine times out of ten they form an attachment. Now I’m not saying it’s a bad thing, but depending on the girl you have to tread very carefully when it comes to her feelings, always reminding her you just want fun. Now just picture a girl that falls for you, now add some psycho friends of hers into the mix and you have a recipe for bloody disaster. The last few weeks I have been seeing this girl called Krystal, a really really fun girl who I thought had the same mind set as me as it came to having fun. Oh how wrong I was.

After the last girl I met off Tinder which turned out to be a guy with a fucking foot fetish I was slightly reluctant to dabble with that app again, but like a junkie with a heroine habit I had to give it another go. I start the usual swipe right if you like crap and its not long before I start chatting to a girl called Krystal who seems alot of fun, we ended up meeting up last Thursday for a drink. That weekend was great, having sex every night. Friday, Saturday and Sunday, I felt like she was made of elastic bending her body in ways which made me feel as if I was fucking a rubber band. I thought to myself, shit I could get used to this friends with benefits stuff (thats what we had agreed it would be). Come Monday it was back to work for me. My phone started buzzing at around morning tea time, it was telling me I had friend requests on Facebook from Krystals mates. Weird I thought but I accepted. I went around to her place on Tuesday night for a shag, as I walked in her friends off Facebook were there with her in the lounge. For the next half hour I got grilled by them with questions like “so what is this thing you and Krystal have?”, “are you going to ask her out”, “are you just messing her around”. Jesus Christ it felt like I was getting the third degree, when they finally left I asked Krystal what the hell was that about and as if she had rehearsed her answer she said “well I really like you and I think its time we called ourselves a couple, my mates agree with me”. A couple?! It was time to pull the ejector seat on this shit “whoa whoa wait a minute, I told you I don’t want a girlfriend and we both agreed this was just a bit of fun, friends with benefits”. She suddenly burst into tears “I fucking love you though Sean, we are perfect together”. She continued to sob and sob, I did my best to calm her down and I reminded her this was supposed to be just a bit of fun, she then told me I better go home. From that day on I have been getting abuse messages from her friends saying how much of a using prick I am and messages from her spanning from ones saying “I love you” and then to the polar opposite of “fuck you”.

Luckily like all good apps most have block buttons, so after a few days worth of abuse and almost starting to believe her friends that I was a terrible human being, I finally block all those mother suckers. I know at least one of her friends will be reading this so to Amy this message is for you – hear all the facts before you Facebook, text and viber a guy horrible messages it just might save you from looking like a c*nt