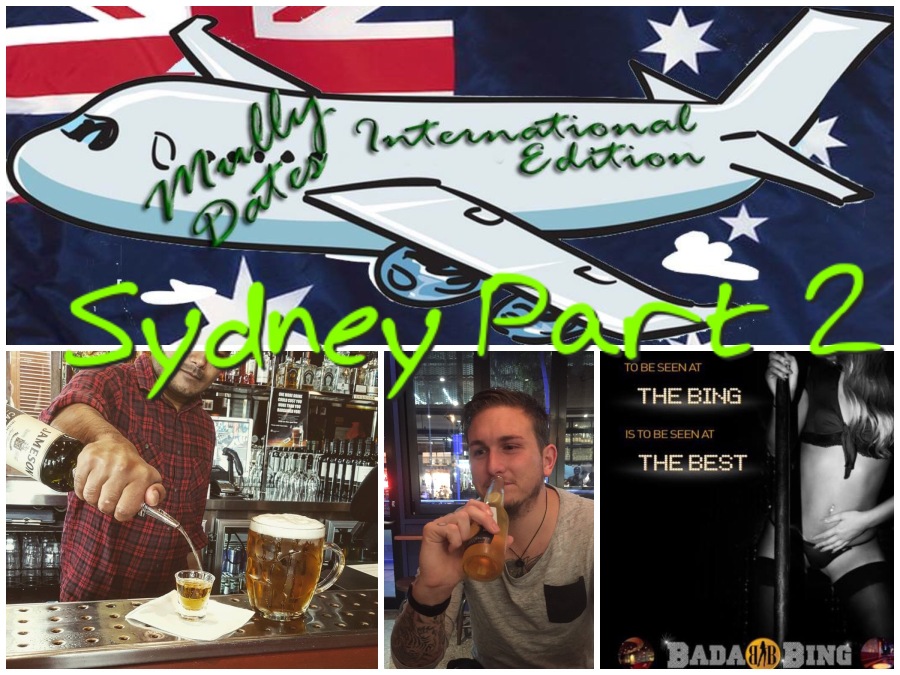 The next day was just a day out with my flatmate whom I had promised I would spend a day with to do all the touristy bullshit. To say this day didn’t drag would be a fucking understatement, it started off fun with Madame Tausauds wax museum, but then went to some bloody lizard wildlife crap. As we began queuing to get in about half a fucking school of little 9-10 year old Australian kids did too. Now picture the most annoying fucking accent and add pre puberty squeakiness to that then add fucking volume, you get the worst thing on fucking earth. As we walked around looking at these stupid fucking lizards that just lay there doing sweet fuck all, these kids were going nuts. Running into everyone and screaming like fuck. I almost chucked a couple of them into the snake enclosure, might’ve been the most excitement those poor snakes have had all year.
After the day of doom it was time to get ready to go the the Golden Mile – Kings Cross! Now if you haven’t heard about Kings Cross, its like the red light district of Sydney. Bars, brothels, night clubs and my personal favourite strip clubs are all on offer in this delightful place, its like Disneyland for me. I started bar crawling jumping from bar to bar to find a cool atmosphere and cheapish drinks. I finally settled on one called Kings Cross Motel, the staff were so nice and the place was pumping with hot chicks. I started chatting to a group of girls by buying them a round of drinks which worked a treat and thats all it took. The next thing I know I’m on the dance floor kissing the face off this pretty ok looking ozzy. Things go down hill pretty fast though as the larger friend of her group decides to pull her away from me and tells her its time to call it a night. Everyone else in the group seemed to be having a great time but fucking chunkimus prime decided to shut the fucking fun down and go home. So I was all on my lonesome again, should I call it a night too I thought? Fuck no!!

It was time to head to the strippers so I stroll down the street browsing which one I should go into and settle on Bada Bing nightspot. The girls are stunning and very welcoming. I immediately get given a free wee lap dance by probably the ugliest one there, to be honest I couldn’t wait for her to finish; she obviously was on the hustle as she must have seen me get one hundred dollars worth of stripper bucks out. She did a handstand putting her vagina right in my face, now usually this would be a guys dream mine but this fucking chick stunk like smoked bloody fish. I could smell it before she did the handstand move but when she did the handstand I almost threw up into her fucking vag. Luckily she couldn’t hold that position for long as I was trying so hard not to gag. Apart from that the rest of the night spent at the strip club was great! One of the dancers was a kiwi and gave me a sweet discount on a private dildo show and even let me stick the big black one in, wahoo! I ended up ubering it back to the motel at around 2am, luckily the nice manager at the strip club charged my phone for me as it was dead.

Well that was it from my Sydney adventure, onwards to Perth. Lets see what the dating scene is like there!