Another week, another date. Now before I start this recap I thought I better say that I don’t give much of a toss what people believe in, that’s their business and if you don’t force it on me I’m not one to care or judge. Though when I get woken up almost every second weekend to a bunch of door knockers whom are convinced I need saving from fucking Jehovah I soon begin to form opinions on these people. Anyway happily painting away this past week (not sure if I have mentioned that’s what I do for a job, house painter Mulligan, yup). I bumped into my mate at the local paint shop, he works for another painting outfit. He knows of my dates I go on and suggests going on a blind date with his new worker. I was so keen, almost jumping out of my skin thinking that I don’t have to stoop to finding one off tinder. I asked him about her, but he was acting really coy as he said “It’s going to be a blind date bro, it be good for your tweet thingy”. I needed to know something though as he wouldn’t even give me her number telling me he would tell her where to meet me. Finally as he was jumping in his van he said “ok ok ok I will tell you one thing about her; she’s a Jehovah Witness” and with a chuckle he drove off, well this was going to be an interesting date. The few following days leading up to the date I was actually pretty nervous not knowing what to expect or say. Time seems to go fast as before I knew it, it was the day of the date. Fuck I thought – I better have a few beers. 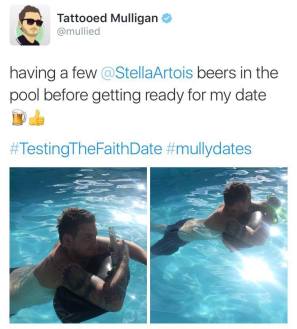 It was so hot on Saturday here in Tauranga at 28 degrees, which made the beers go down even better then usual. So after a few in the pool it was off to meet my blind date. 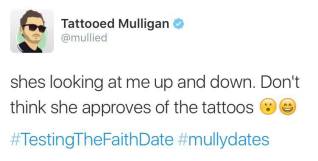 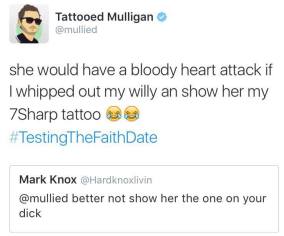 As I get there I spot her sitting at the back left table, where my mate had organised her to sit. As I walk over she peers up from her phone and I could see her looking me up and down with her eyes which felt like more than what one of my other dates would usually do. “Hi you must be Mandy, I’m Sean” I say smiling “Hi” is all she says in return in a cold unfriendly voice. I attempt to start the usual chit chat but instead of getting answers and receiving questions she just gives one word answers, what a rude bitch. That’s when I thought fuck it I’m going to ask about her Jehovah Witness faith because hey she doesn’t want to ask me anything about myself. 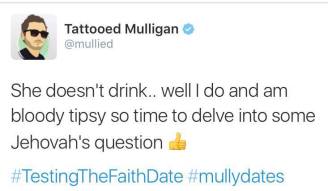 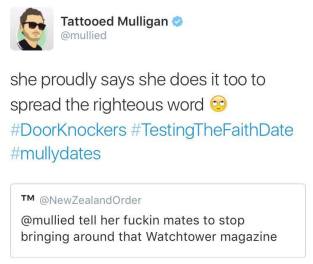 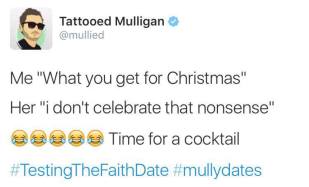 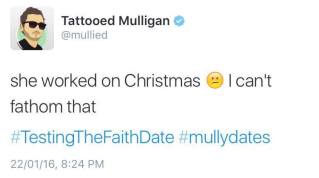 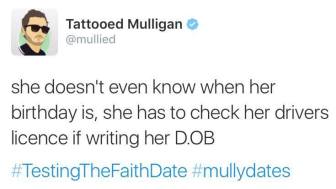 Ask I begin to ask her about her Jehovah-ness I could tell she had already made her mind up that she didn’t want to be here, but to her credit she did answer most things I put to her. I almost felt bad for her when she said she didn’t even know her date of birth, but when she dissed my tattoos practically calling them disgraceful well any shit I gave went out the bloody window. It was time to get another drink and piss this tart off. 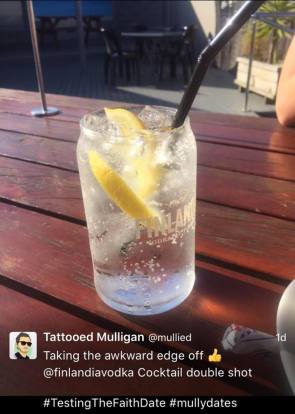 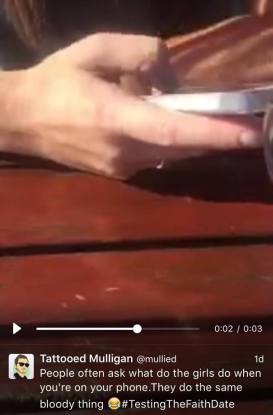 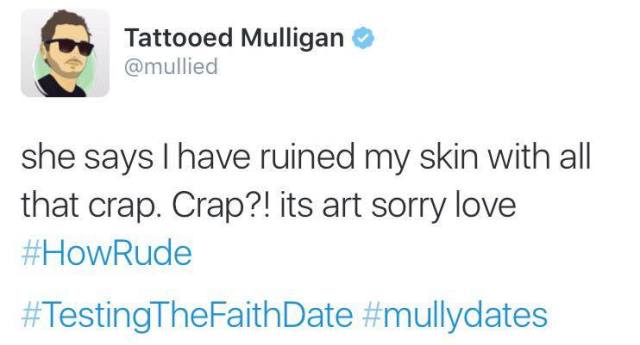 I hadn’t really got a clue as to what would be too far with her, then I thought fuck I could say anything and she would be offended. What I tweeted next wouldn’t even make my mum raise an eyebrow but when I said it to Mandy, well she fucking stormed out disgusted in what she had just heard leaving me to fork out for the bill. 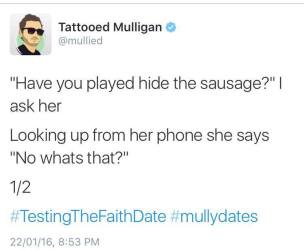 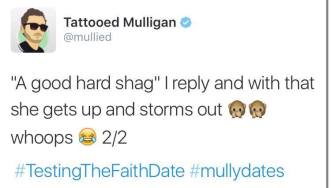 Well the date was over but the night was young and I was tipsy, so off to the pub I went. Now usually the pub is going off but it was as dead as the fucking chemistry between me and my date. Not letting the mundane atmosphere get in the way I began to drink and drink and drink until I began singing karaoke. I thought I was the next Sam Smith busting out some huge ballads which looking back at it now, I feel sorry for the bar staff. After a couple of hours this bar was still only under a quarter full so I thought bugger it I’m going to see if my stripper friend was at work. Yup she was, and she was so happy to see me giving me a topless hug. In fact she was so happy to see me she finished early! Well I don’t really need to say what happened for the rest of my night apart from hide the sausage became a reality – wahoo!!