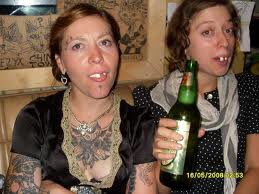 I decided to go on a holiday down to Napier. The Taupo-Napier Gorge is a hard drive especially in winter. The corners are unforgivingly sharp, mix that in with black ice and you have a recipe for some dangerous terrain. Driving down this time I was super tired and I was mucking around on my phone texting. I totally misjudged one corner going far too fast. I hit the brakes but slid off the road. I ended up in a paddock with luckily only a bloodied nose from smashing it on the steering wheel. Thank god for AA roadside rescue but what a waste of a day – it took 3 hours to get the car out of the paddock. Nothing was too wrong with it surprisingly and the AA guy said to take it to the garage immediately when I get to Napier. Yeah right, I thought. I’m getting on the piss!

I eventually made it down to Tim’s with my car looking a bit worse for wear. Tim had begun seeing a girl so he promised to be my wing-man when we went out so we decided to gear up for a big night. We went to the local Liquor Land bottle store to get some beer, the indian behind the counter looked exactly the same as the guy in the Hamilton and the Tauranga one – in fact I’m certain it’s the same guy!   We got back to Tim’s and I started chatting with someone off NZ dating which is a New Zealand dating site. So before we went to the clubs I thought we might as well go and meet this girl and her aunty. They lived up on the Napier Hill and before we arrived there me and Tim joked and said they would be simple mountain people, imagine dwarf’s off Lord of the Rings that had been raised in west Auckland then moved to a mountain. Well when we met them that’s definitely what they were.

They were already skin full of liquor, downing straight vodka. There were no pre mixed drinks for these dwarfs. As we walked through the door a strong stench of cigarettes and cat piss engulfed my nostrils, I could barely breathe. While Tim chatted with the aunty I went to the nieces room. There was no chit chat needed she knew what she wanted and we got it on, that’s all she wanted as after we finished she simply said ‘You can leave now’. Damn, I felt like a piece of meat and I kinda felt sad almost. I got changed and went back to see Tim. The Aunty causally asked me “is she done with you?” I nodded. She then asked if I was ready for round two with her! “No thanks’ I said. She then told us to leave and that was that’s.  These mountain folk are a weird bunch I thought with a smirk!

One thought on “Meeting Mountain Women”